The goal of this challenge is to run 60km over the month of January 2022 to celebrate the beginning of what is considered the True North of Canada, the 60th parallel.

In Canada, the 60th parallel constitutes the mainland boundary between the northern territories of Yukon, Northwest Territories, and Nunavut to the north, and the western provinces of British Columbia, Alberta, Saskatchewan, and Manitoba to the south.

Accordingly, “north of 60” is an expression often used for the territories, and the “true” Canadian north. A 1990s TV show on CBC about life in the Northwest Territories was called North of 60.

More than 40% of Canada’s total area is located above the 60th parallel.

The biggest Canadian cities above the 60th parallel are Whitehorse and Dawson City in Yukon, Yellowknife and Inuvik in the Northwest Territories and Iqaluit in Nunavut.

There is a visitor Center in the border of Alberta an NWT. It’s a great place to stop and get that souvenir photo as you cross the Alberta/NWT border. The Park’s visitor information centre, has a small campground and a scenic picnic area overlooking the beautiful Hay River.

Are you ready to take on the challenge? 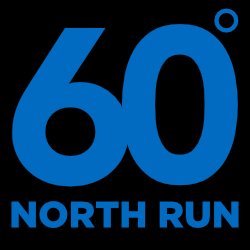 Made with 🍁 in Canada